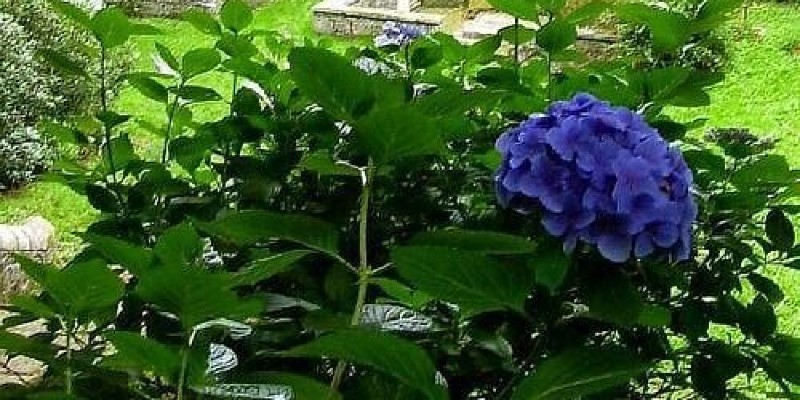 Camellias (Camellia sp.) Are evergreen shrubs with beautiful single or semidouble blossoms that typically blossom from winter to spring, based on the range. They require acidic soil and partial shade but are otherwise dependable plants once established. Several species and many hybridized cultivars exist, with diverse flower colors and kinds, in addition to different growth habits and overall size at adulthood. Camellias are generally suitable for U.S. Department of Agriculture hardiness zones 7 through 9.

Many camellia shrubs have a generally upright growth habit, maturing vigorously to achieve their entire height in many years. Many belong to the japonica species (C. japonica), including the variety “Debutante,” which is an early season bloomer with showy, light pink blossoms. It reaches a mature height of about 6 feet and has lavish, shiny green foliage. The cultivar “Sea Foam” is just another upright, 6-foot-tall tree, using double white flowers. The stones sasanqua (C. sasanqua) also includes a number of comparatively tall shrubs, like “Lavender Queen,” which reaches a height of about 6 feet and has rich lavender to purple, single, fragrant flowers with prominent yellow stamens.

Some particularly tall camellia cultivars are developed. These include a japonica kind referred to as “Adolphe Audusson,” which has dark red blossoms and can achieve a maximum height of 15 feet. “Donation” (C. x williamsii) is just another large cultivar created through hybridization. It’s semidouble pink blossoms and can achieve an last height of 20 feet or more and a similar-sized spread when it is 10 to 20 years old. Like many camellias, these crops are quite drought-tolerant but do best with regular watering and need at least 1 inch of water weekly while flowering.

Some camellia forms have a pendulous form, growing naturally as low, sprawling plants with drooping branches. Occasionally called weeping camellias, the cultivar “Wirlinga Bride” is a fantastic example of this sort, with single white blossoms in abundance, while still another cultivar, “Early Pearly,” has double white flowers. Other varieties include “Our Melissa” and “Sweet Emily Kate,” both with delicate pink blossoms. Contrary to standard-height camellias, this kind requires no pruning, developing a naturally arched, low silhouette that’s usually between 3 and 6 ft in height, with a spread that may cover an area of 6 to 10 feet.